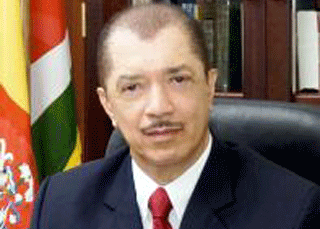 The President of Seychelles has expressed his condolences after a devastating earthquake struck a mountainous area of central Italy on Wednesday.

In his message to Italian President Sergio Mattarella, Seychelles President James Michel said the people of Seychelles join Italy “in mourning the tragic loss of life” and are “praying for the safe return and speedy recovery of the trapped and injured.”

The authorities in Italy have confirmed the death of over 120 people so far. More than 300 others have been injured.

According to a BBC article “many of the dead were in Accumoli, close to the epicentre, and a short distance away in Amatrice, where three-quarters of houses were destroyed.”

Disaster struck some 100 kilometres north-east of Rome. Rescuers are still searching for survivors following the 6.2 magnitude quake. It is expected that the death toll will rise as many people are feared buried under the rubble.

The intensity of the earthquake is being compared to the 6.3 magnitude quake that hit Italy in April 2009 killing some 300 people in and around the city of L’Aquila.