Seychelles urged to be a model in project fund use 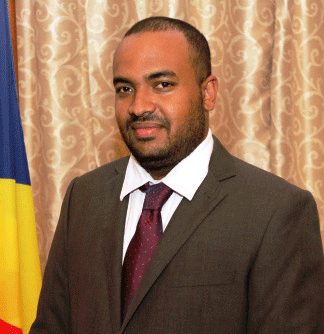 Seychelles should make very good use of the funds allocated to it under the Clissa (Competitive Local Innovations Small-Scale Agriculture) project so as to set the pace as an exemplary Sids (small island developing state) in project fund utilisation.

It was the vice-president of Ifad (International Fund for Agricultural Development), Michel Mordasini, who said this during a recent meeting with Seychelles’ Minister for Agriculture and Fisheries Wallace Cosgrow on the sidelines of the 39th FAO (Food and Agriculture Organisation) conference held in Rome from June 6-13, 2015.

Mr Mordasini made the remark after Minister Cosgrow had thanked the Ifad for the US $3 million dollar loan which is currently supporting the Clissa project in Seychelles.

The objective of the project is to enable the country to attain food security and sustainable development in agriculture and fisheries. The target group includes small scale farmers, fishers and backyard gardeners.

With regard to the FAO conference, at which was Minister Cosgrow’s first participation, its principal objectives were to reflect on the state of food and agriculture in the member states of FAO and consequently in the world; partake in the decisions being made at the conference; and seize the opportunity to have discussions with the director general of FAO, Jose Graciano de Silva, on the state of cooperation between the FAO and Seychelles.

In his reflections on the current state of food and agriculture, Minister Cosgrow intimated that hunger and malnutrition is still a major hindrance to sustainable development in many member states, especially those at the critical stage of development.

He noted that there are huge contrasts among countries in the state of food and agriculture. He alluded to television news and newspaper headlines with scenes of displaced populations, parched soils, graphic pictures of the impacts of floods, hurricanes, of drowning livestock and failed cops.

He referred to the statistics which bring out the many calamities of over nutrition, the surge of obesity in all age groups, the toll of non-communicable diseases, which were once diseases of the developed world but are now widespread and are pressing issues of the developing world too.

Minister Cosgrow noted that Sids lack competitive and comparative advantage, and he lamented on their obligation to honour the free trade protocol as members of the WTO (World Trade Organisation) which compounds further their vulnerability.

Minister Cosgrow stressed that Sids’ vulnerability is further aggravated by their small physical sizes and the fact that they are distantly placed from the main markets of the world.

Global warming and climate change issues, he said, bring on natural calamities which add to the vulnerability load of Sids.

In his statement to the Plenary of the 39th conference, Minister Cosgrow thanked the FAO, the Ifad and the African Development Bank’s (AfDB) assistance in the revival of Seychelles’ national agricultural sector and their contributions to  boosting the efforts in the Blue economy.

He also thanked the International Atomic Energy Agency (IAEA), the Kuwaiti Fund, the many country representatives present at the conference for their specific inputs in the national food production sectors as reflected in the bilateral and multilateral cooperation agreements with Seychelles.

Within the context of member states’ obligations, the 39th conference provided a unique opportunity to the members present to elect a director general for FAO for the next four years. The incumbent Jose Graciano de Silva was the only candidate who submitted his name for the post. He was re-elected with 187 votes and Minister Cosgrow took part in the election.

Minister Cosgrow and his delegation were honoured by the newly elected DG of FAO to have a tête à tête discussion on the state of cooperation between the organisation and Seychelles.

He seized the opportunity to thank personally the FAO DG for the current level of technical cooperation assistance which Seychelles is benefitting.

He noted that while the projects being executed entail moderate financial outlays, they nonetheless address some of the many important technical, institutional/ policy issues within the national agricultural sector.

The current Seychelles’ Country Programming Framework (CPF), a compilation of agreed project areas which require FAO’s technical assistance spanning the period 2014 – 2017 amount to about US $1 million worth of projects.