Carnival to merge with Creole Festival 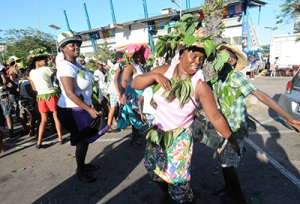 Usually held in or around April, the carnival has been moved to October for better management of financial resources, according to the Minister for Youth, Sports and Culture, Idith Alexander.

She was speaking during a press conference last week.

“We have decided to merge the two activities, Creole Festival and Carnival, based on public demand and also for better management of funds. The public will be able to have as much fun as before and there will be international participants,” noted Minister Alexander.

Galen Bresson, chief executive of the Creative Industries and National Events Agency (Cinea) explained that “many of our activities will try to bring forth the importance of Creole in our culture. The programmes for the Creole Festival will be from October 1 to 31 and the carnival which will be now called ‘Laserenad Enternasyonal Sesel’ will take place on Saturday October 28. This will also include the kiddies carnival. Currently we have around ten requests from groups which we are dealing with”.

Some concerns were raised over the amount of alcohol sold during the kiddies carnival in the past. Mr Bresson explained that “as companies manufacturing or promoting alcohol beverage are possible sponsors of the event, we cannot stop the sale or advertisement of their products for that event. If there is a major concern in regards to the issue we will then have to decide on the best for the event”.

2017-04-10
GeorgesK
Previous: Youth hostel students seek the best out of themselves
Next: MS Queen Elizabeth was in port