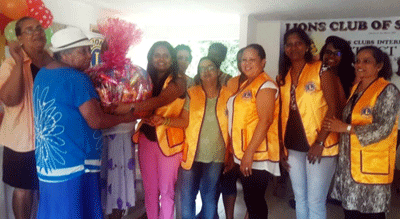 To show their gratitude to the elderly in our community, members of the Centennial Women Lions Club of Seychelles, under the leadership of the Club president Dhana Sasikumar, recently visited the Anse Royale Home for the Elderly.

The home, which is the permanent residence for ten senior citizens, was the first elderly home to open in Seychelles in the year 1988.

The day began with an opening ceremony where the Centennial President outlined the aim of the visit.

Sylvia Stravens, the director of the homes and Bernadette Esparon, the administrator of the Anse Royale Home, welcomed the initiative and thanked the club for such a great gesture. 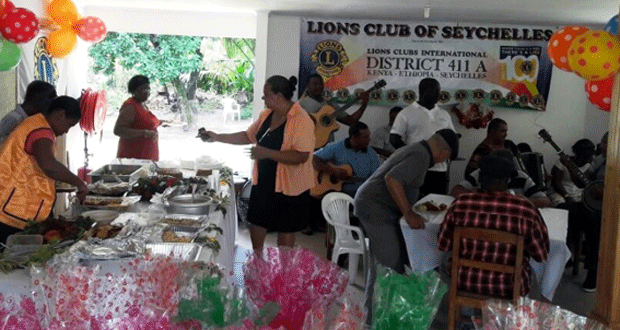 Mrs Stravens said she appreciates the support and love that they receive from the Indian community, adding it clearly strengthens the bond between India and Seychelles.

She stated that the bond will be further strengthened with the blessing of the Lord Almighty.

The Ministry of Tourism and Culture made available a live cultural band (National Troupe) to entertain the senior citizens and the club members did not miss the opportunity to learn to dance the traditional dance along with the elderly.

Lunch, prepared by the club members, was well appreciated.

To end the event, hampers contributed by the club members were distributed among the residents and also to the visiting senior citizens from Au Cap and Anse Boileau homes.

On behalf of the elderly, Mrs Esparon presented a token of appreciation to the Club President.

The event was one of the projects for the current Lionistic year organised by the Centennial Women Lions Club of Seychelles.