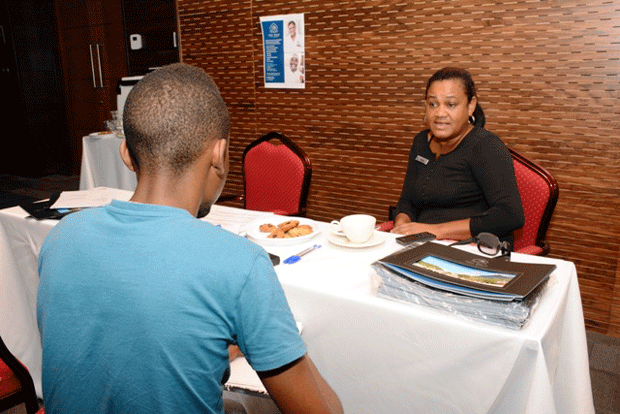 Job seekers being interviewed during the fair

The one-day fair took place at the Savoy hotel, and job seekers were able to gather as much information as they needed about the different jobs on offer.

They were also able to do job interviews there and then.

A total of 19 job seekers were interviewed on site and depending on the result might be able to start working this week. Thirteen applicants might be employed by Savoy and six by the Coral Strand. 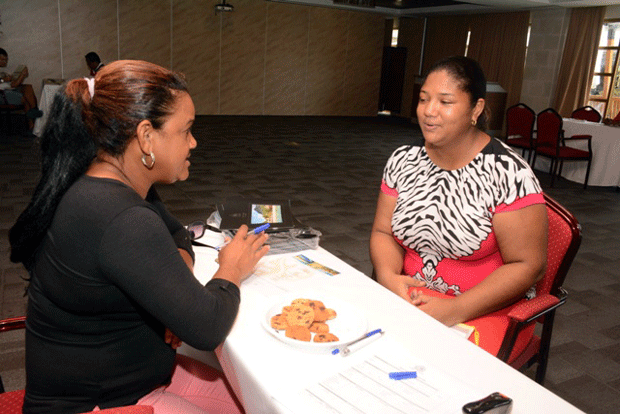 The human resources manager at Coral Strand Miona Vital stated that such a job fair is an opportunity for anyone wishing to work in the hotel industry to learn more about the trade.

“We decided to organise the job fair to try and attract more Seychellois into the hotel industry. We have basic jobs, which any Seychellois can do such as waitress, gardener among others. Job fairs are designed to allow job seekers to explore career opportunities in the hotel industry in one location,” she said.

“Contrary to popular belief, job fairs are not dead. In fact, they’re alive and well, and employers of all sizes and specialties find them extremely useful. Job seekers should take advantage of these fairs to be better informed about the job market. Career fairs must be a part of your overall job search process. It’s a great way to learn about job openings, research companies and practice your interviewing and networking skills,” Ms Vital added.