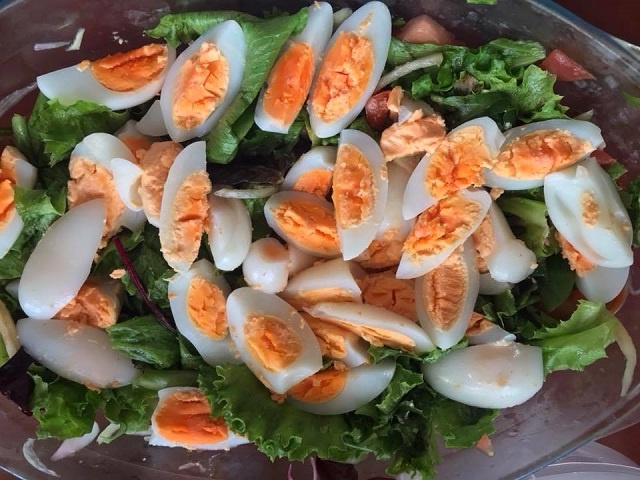 The bird’s egg is a delicacy that can be cooked as an omelette, hard-boiled and eaten with a pinch of salt or prepared as a salad. (Herna Nana Hardy, Ki Menu Tanto, Facebook)

It is the time of the year when the island nation’s delicacy, bird’s eggs, comes into season. Sooty tern eggs are available on the market as of Friday as the Seychelles Islands Development Company (IDC) brings in the first consignment.

The company is bringing in around 3,800 cartons which we will be sold to people who had pre-ordered the eggs. Michael Payet, who is the IDC’s Public Relations and Communications Manager, told journalists on Wednesday that this year the eggs will be sold in two different size cartons.

“There will be small cartons of three trays of 90 eggs and bigger ones of six trays of 180 eggs. These will be sold to merchants as well as individuals and companies who had placed their orders for the eggs since April. The small box is being retailed at $35 (SCR475) while the bigger box is being sold at $67, (SCR900).”

Payet explained that the company “has no control over the price that the eggs are sold after it was purchased from IDC.”

The Island Development Company collects the bird’s eggs on Desnoeuf Island which lies over 200 kilometres south-west of Seychelles’ main island of Mahé. IDC’s collection is done every two years in an effort to undertake the harvest in a sustainable manner.

Commonly known as ‘dizef zwazo’ in the native Creole language, the speckled egg has a bright orange yolk, compared to other eggs with yolks which are usually yellow in colour. It is a delicacy that can be cooked as an omelette, hard-boiled and eaten with a pinch of salt or prepared as a salad.

Payet said that this year the demand for the eggs was more than what they could supply. “The requests for bird eggs is equivalent to about 5,300 cartons, exceeding our target of 3,800. We are trying our best to satisfy everyone but in some instances, people who have ordered two or three cartons might end up with only one carton just to ensure that we are fair to everybody.” 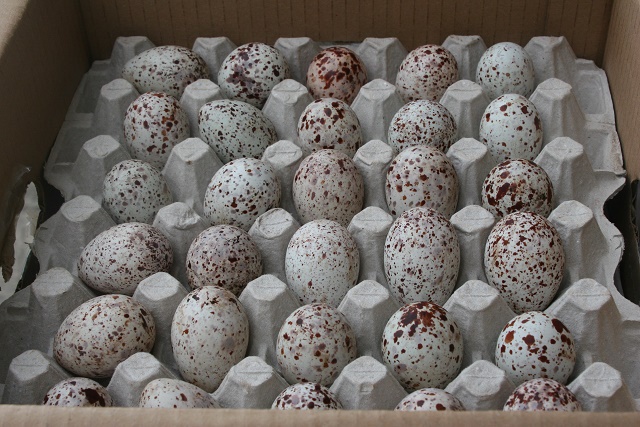 The speckled egg has a bright orange yolk, compared to other eggs with yolks which are usually yellow in colour. (Seychelles News Agency) Photo License: CC-BY

However the second supplier of the eggs – Bird Island – is expected to bring in its first consignment after June 10th. Michel Rosette told SNA that they had no idea how many cartons they will collect this year as the birds were late in laying their eggs.

“But we had started with the preparation of demarcating the reserve for the season, transporting trays and boxes to the island, preparing the air condition room as well as mobilising staff for picking and packing the eggs,” explained Rosette.

Bird Island — the northernmost island of Seychelles – a group of 115 islands in the western Indian Ocean, is located 100 km from Mahe, receives thousands of birds which come to the island to lay their eggs. The island collects the eggs on an annual basis.

Bird Island sells the eggs at a wholesale price $70 (SCR950) per carton for 180 eggs to individuals who then sell on a retail basis.

On both islands the harvesting of the birds’ eggs is closely monitored by the staff of from the Ministry of Energy, Environment and Climate Change as the collection is regulated under the “Birds Eggs Act”.

The officer monitors the harvest to ensure that the reserve sections of both islands are respected. Data on the number of eggs being collected each year is also kept. The collection is not expected to go beyond the end of July.

The environment officers also collect data on the bird colonies coming to the island as part of the ministry’s effort to ensure the long-term sustainability of the bird harvesting process.