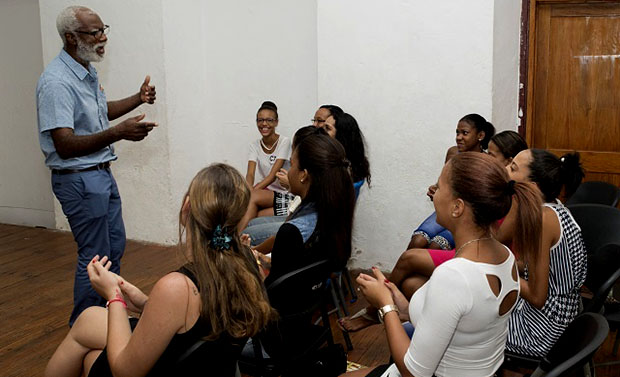 The music teacher giving some insight into the Seychelles traditional music to the contestants of the Miss Seychelles 2017 beauty pageant. (Joe Laurence, Seychelles News Agency)

After nearly four decades of promoting music in Seychelles, a Seychellois music teacher at the National Conservatoire of Performing Arts is retiring.

Jerry Souris, 60, has been an instructor and recently administrator of the National Conservatoire for 37 years, where he has mentored and taught several generations of music students.

“As a teacher, I have taught children as well as adults, and some have become musicians.  Michel Farabeau was one of my students who became an accomplished musician and a teacher at the school,” Souris told SNA.

The former instructor said that many years ago, students who came to the School of Music, the former name of the national conservatoire, came to learn how to play wind instruments like violin, guitar, accordion, trumpet and saxophone. 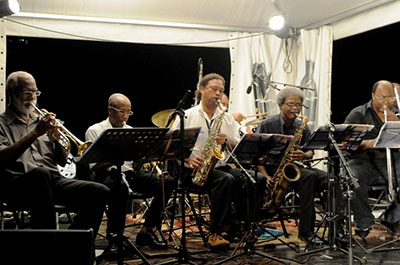 “Nowadays students don’t like wind instruments. So we are trying to promote these instruments and we are finally getting some students to learn them,” he said.

The Seychellois musician added that “this is a result of the way the media promotes musical instruments and how parents motivate their children to learn how to the instrument.”

Souris was introduced to music in the early 1970s by an English man who had started a small music school.  He started with playing the trombone — a brass wind musical instrument sounded by lip vibration against a cup mouthpiece. Souris also learned how to play the double bass violin — the largest and lowest-pitched bowed string instrument in the modern symphony orchestra.

“I was already in employment but there was an opportunity for me to get a scholarship to study music so I did,” said Souris.The Seychellois musician joined the School of Music based at Hangard Street in the Seychelles’ capital Victoria in the late 70s.

He went on to get a degree in music and teaching and while studying in France, Souris played in various French orchestras. Upon his return along with three other graduates took up the task of reviving the school which closed again in 1980. 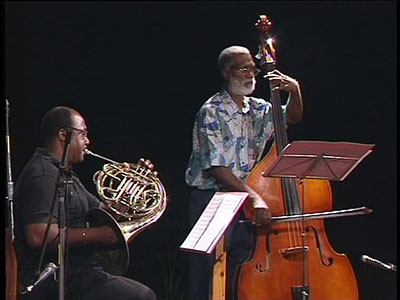 Souris was introduced to music in the early 1970s by an English man who had started a small music school. (Jerry Souris) Photo License: CC-BY

Throughout his musical career, Souris has directed the National Brass band of Seychelles, a group of 115 islands in the western Indian Ocean. The band performs mostly at national events such as the annual parade to celebrate the archipelago’s national day.

However, most of his years of service has been towards the School of Music were Seychellois musicians were produced. Souris worked to promote the traditional music of Seychelles and also helped establish a traditional music band.

“Sir Jerry motivated us a lot to learn classical music. He was one of the teachers who helped me appreciate classical music. Before that I didn’t know composers such as Mozart and Beethoven,” said Havelock. The former student said he is now a teacher in a primary school with 15 years experience.

As of this year, Souris said he will focus more on his choir and perhaps do part-time work with the Conservatoire.