Seychelles has produced its first-ever guitar carved with a coco de mer seed. 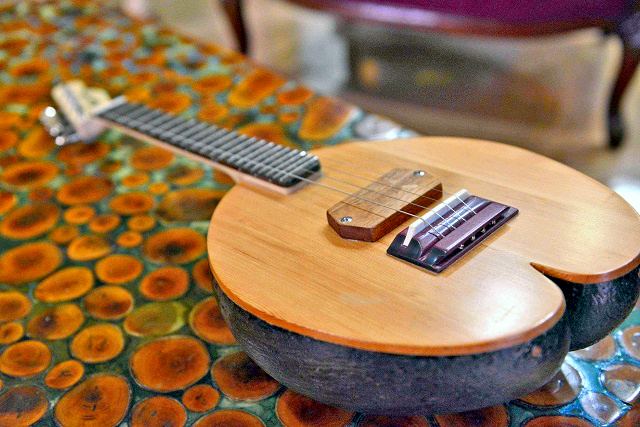 The former Seychelles’ Minister of Tourism and Culture, Alain St. Ange, who was behind the creation of the guitar, said there are several types of guitar available locally, but never has a local tuning six-string guitar been invented in Seychelles.

The guitar was produced last October to coincide with the celebration of the Creole Festival.

”Before launching the guitar in October last year, we were thinking of having something different to mark the celebration of the Creole Festival,” said St. Ange.

The iconic coco de mer — the biggest nut in the world — is endemic to Seychelles and grows naturally on Praslin, the second-most populated island, and Curieuse. It is already listed as an endangered species, by the International Union for Conservation of Nature (IUCN), the main authority that classifies the status of species around the world.

The six-stringed guitar known as Coco is a symbolic instrument for the island nation in the western Indian Ocean and joins famous local musical instruments like ‘Bonm’ and ‘Zez’, which was popularly used in the 1980’s. 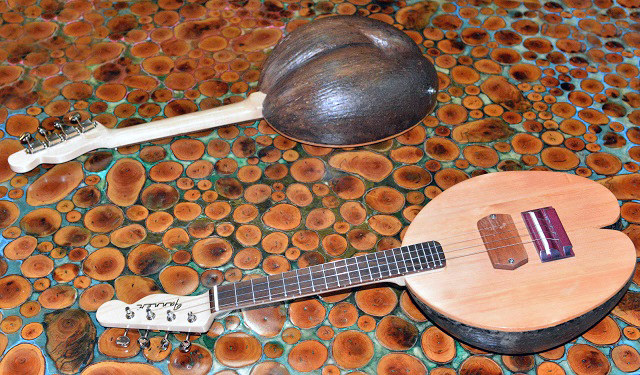 The former minister added that, “We had tasked ourselves with producing something that resonate the name Seychelles — something from scratch, bearing a link to our traditions, as well as leaving a trademark behind for other musicians to promote.”

The guitar was the brainwave of several artists residing in La Digue, Seychelles’ third-most populated island who also designed it. St. Ange said that the guitar was manufactured by a company in Cape Town, South Africa.

Patrick Victor, a local popular singer, was the first person to play the guitar. Victor told SNA, “The instrument is easy to play, if you already know how to play a guitar, all you have to do is touch the right key on the chords at the right time and the instrument will release the sound you want.” 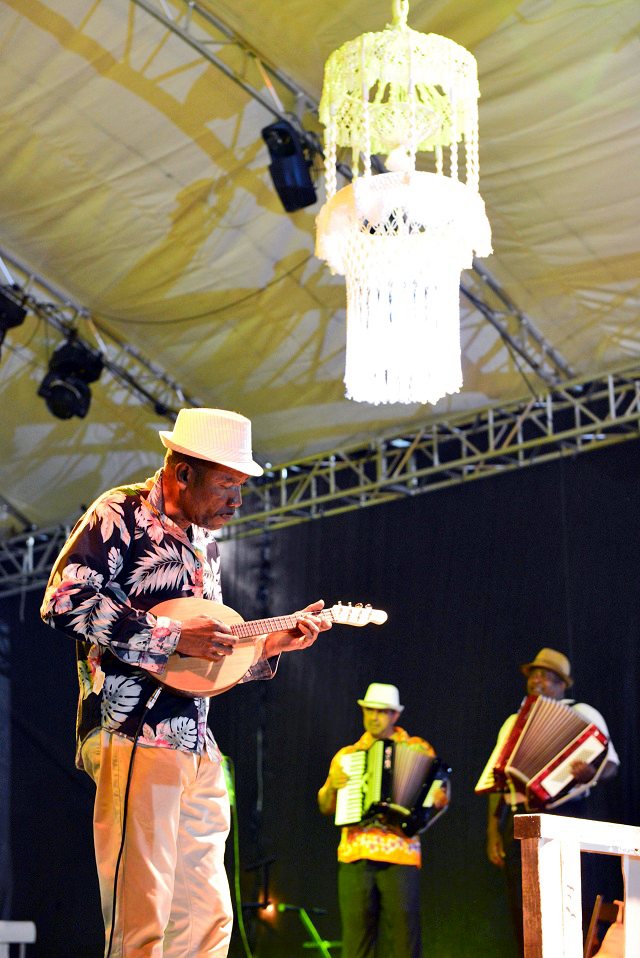 Patrick Victor, a local popular singer, was the first person to play the guitar. (Vanessa Lucas, Seychelles Tourism Board) Photo License: CC BY

Victor said the guitar has its own personal strength of character and can be easily handled. He said he hopes “that young musicians will look at this invention as an inspiration for creativity in the music they are creating every day.”

The principal secretary of the culture department, Benjamine Rose, said, the guitar has already been patented and it there is no plan yet to produce more for commercial use.

“But if we decide to exploit it, we would definitely use other raw materials other than coco de mer,” Rose added.

The first original guitar was handed over to President Danny Faure, where it has been pinned on the walls at State House.

2017-04-11
Georges
Previous: MS Queen Elizabeth was in port
Next: THE MINISTER OF YOUTH, SPORTS AND CULTURE VISITS CONSTRUCTION SITE OF THE STAD LAMIZIK