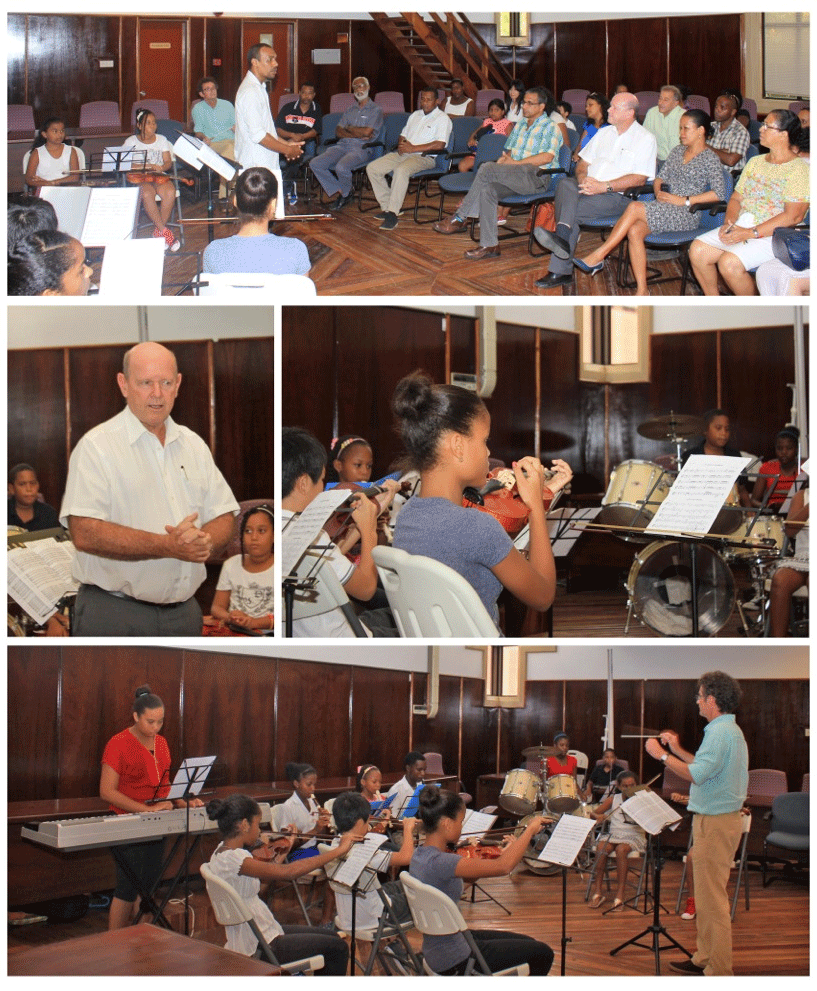 Young musicians of Seychelles are being called on to join the newly launched National Youth Orchestra.

The orchestra is directed by David Mingay, a part-time music teacher at the School of Music, of the National Conservatoire of Performing Arts (NCPA).

The launch ceremony was held at the National Cultural Centre last week in the presence of the Minister for Tourism and Culture Alain St.Ange, principal secretary for culture Benjamine Rose, the director of the conservatoire Pierre Joseph, parents and other guests.

Speaking at the event, Minister St.Ange shared a few words of encouragement with the young members of the orchestra and praised Mr Pierre Joseph and his team at the NCPA for the initiative.

“We appreciate that there are many talents in Seychelles, but these talents need to find a way to expand, flourish and to be recognised,” Minister St.Ange said.

The Minister went on to say that it was important for the orchestra to be heard and appreciated of it is to represent the country.

The aim of the orchestra is to encourage more young people to be engaged in musical activities.

Students under 20 can join the orchestra and attend classes on Saturdays at the School of Music as from 10am to noon for free. The range of music varies from classical, film music to orchestrated pop music.

Those present at the launch had the chance to listen to two short pieces performed by the first group of musicians who have joined the orchestra.