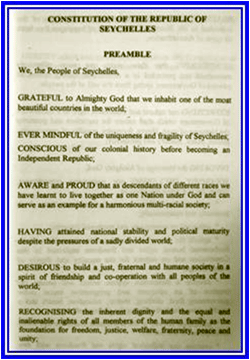 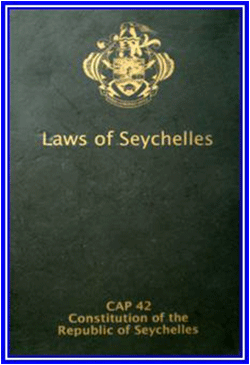 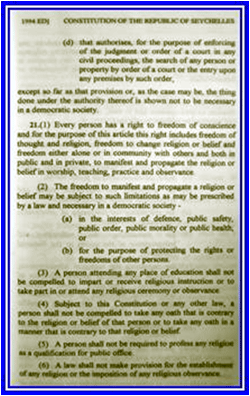 “Every person has a right to freedom of conscience..this right includes freedom of thought and religion, freedom to change religion or belief and freedom either alone or in community, with others and both in public and in private, to manifest and propagate the religion or belief in worship, teaching, practice and observance”

According to the Census Report of 2002, the majority of the population of the Republic of Seychelles 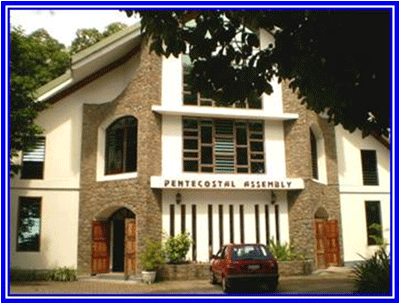 Most of the Seychelles’ population of over eighty four thousand (84,000) live on the main island of Mahé with Victoria as its capital.

Victoria is undoubtedly one of the smallest cities in the world but one in which most of the great religions of the world are represented and they co-exist in perfect peace and harmony.

Within a few metres radius one can observe two (2) cathedrals (Roman Catholic  and Anglican), a few churches, a Hindu Temple, a Mosque….and they open their doors to worshippers from all the major ethnic groups of the world …all represented in Seychelles! 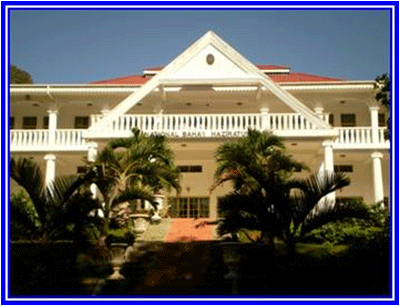 When the first inhabitants set foot in Seychelles in 1770, the “Procés Verbal de débarquement” (Fauvel 1909:115) gave details on their race, sex, occupation but not on their religion.

The fifteen (15) French settlers were surely Roman Catholics and they brought along   seven (7) slaves,five(5) Indians(“Malbars”)….one(1) “négresse”……. 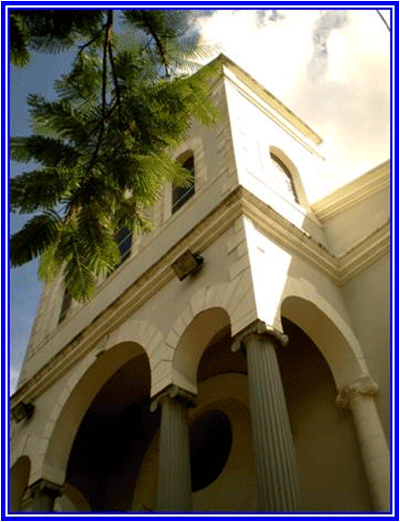 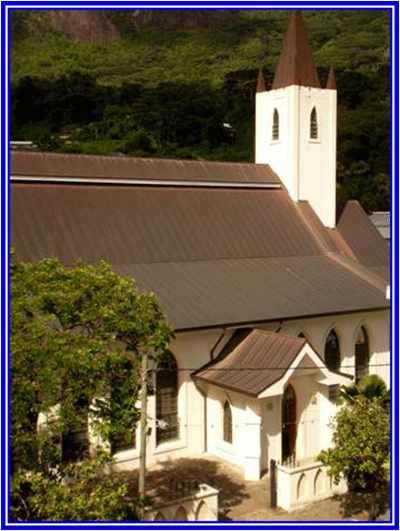 The ‘Code Noire”, which could be considered as their “constitution” at that time, made it clear that the slaves should be baptized in the religion of their masters.

In 1804 when the second capitulation of Seychelles to the British took place Article 3 of the “Acte” declared that the French colonists would be allowed to exercise their religion freely ….

Even as the last French Governor, Quéau de Quinssy disappeared from the political scene and the Civil Agent Harrisson was appointed there was no move to convert the population. 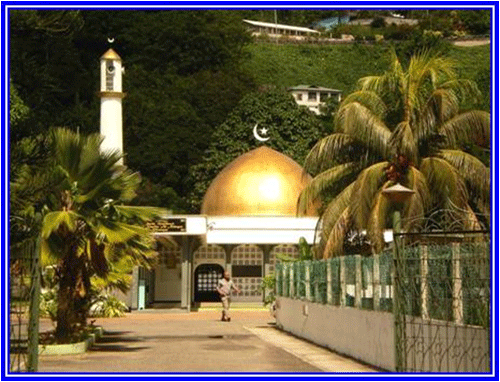 There were no resident priests but those from visiting ships who would baptize, administer sacraments, celebrate religious marriages……

During the French Revolution a Civil Status Officer kept registers of births, death and marriages…Although births were recorded baptisms were not carried out.

The settlers who requested from the National Assembly in Paris in 1790 independence from Ile de France (Mauritius) also requested a priest but never got one.

In his report, the French Commandant Malavois wrote that the inhabitants badly needed a priest.

In 1851 a petition drawn up by Mr. N. Savy was sent to the Governor of Mauritius stating that since 99% of the population were Catholics…

“they had an undoubted right to the exercise of their religion’

They could not be expected to pay for a priest as Keate, the Civil Commissioner, had been suggesting. 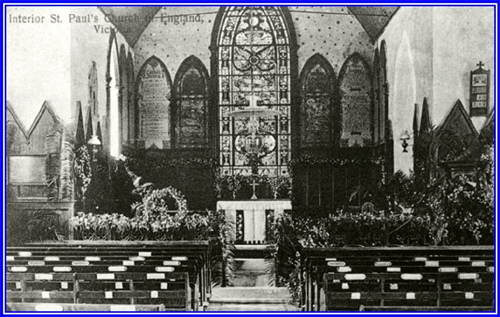 The first Civil Chaplain was appointed in Seychelles in 1832 but left his post the following year.

In 1840, Reverend Languishe Bank, the Civil Champlain in Mauritius visited Seychelles to report on the condition of the Church. He celebrated marriages and baptized children. It was requested that a permanent clergyman be appointed. It appears that practically none of the French settlers were converted to the Church of England or Anglican Church (Bradley 1940:242).

The Swiss, Reverend George Ferdinand Delafontaine, was appointed in 1843 but had to leave in 1853 because of ill health. The priest who lived at “La Rosière” held services in a wooden building close to his residence. In 1851, he built a small church with a boys’ school attached in Albert Street (behind Temooljee’s shop).’ La Rosière” was later purchased by the Catholic Mission and the Roman Catholic Cathedral, the Bishop’s House, and the Priest’s Residence were built on the site

As Mauritius was to be made into a Bishop’s See Seychelles was to form part of the Bishopric of Mauritius. Bishop Ryan who was the first Bishop and arrived in Mauritius in 1855. 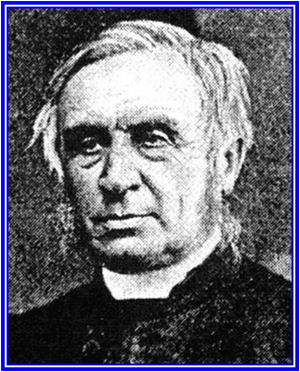 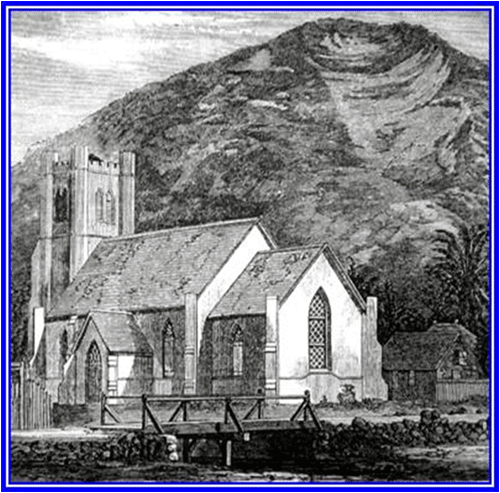 St. Paul’s Cathedral was completed in 1859. The land on which it stood at the corner of Royal Street (now Revolution Avenue) and Albert Street was purchased from a Mr. Delorié who was the owner of the land on which stands the Police Station.

It was consecrated by the Right Reverend Dr.Ryan, Bishop of Mauritius on 14 May and dedicated to St.Paul.

The arrival of the Catholic priest, Père Léon des Avanchers on 2 March 1851 was to bring about historical changes in the British colony of Seychelles.

The skipper of the trading brig, “Joséphine Loizeau”,  had called at Aden and brought to the attention of the Catholic Church authorities there the “pitiable condition”(no religious instruction) of the inhabitants(Bradley 1940:256). 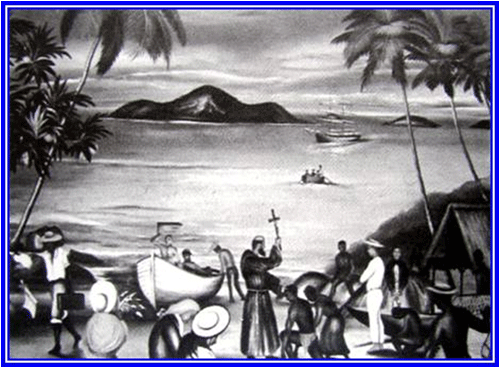 Père Lèon des Avanchers, a Capuchin priest of the Province of Savoy (France) accepted the invitation of the captain.

News of his arrival spread like wildfire. People flocked to hear him preach, receive the sacraments and hundreds were baptized. There was a great spiritual revival of the Catholic faith and doctrine, it was said. But problems arose as Des Avanchers is said to have defied Keate the British administrator? continuing to preach and he was asked to leave. His departure is described as such:

“…practically the whole population followed him to the seashore, many in tears…”

The priest went to Rome to expose the “lamentable state” of Catholics in Seychelles to the Pope who ordered immediate assistance. Seychelles which had been attached to Port Louis, the Congregation for the Propagation of the Faith erected Seychelles into a Prefecture Apostolic and Father Jérémie de Paglietta was appointed was appointed s the First Prefect Apostolic who arrived in Seychelles with Father Théophile,a Capuchin priest of Savoy Province in October 1853. It was the beginning of the first Catholic Mission in Seychelles. A small wooden chapel had already been erected in Victoria by Father Léon des Avanchers. Father Jérémie through subscriptions built wooden chapels at Anse aux Pins,Anse Boileau, Praslin (Baie Ste Anne),La Digue..

It was in 1862 that the present Cathedral of the Immaculate Conception was built. In order to teach the faith Three (3) sisters of the Congregation of St. Joseph of Cluny had been brought from Bourbon (Réunion) and they set up an orphanage and a boarding school.

The Catholic Church was confided to the Capuchins of the Province of Savoy and the Father Provincial of the Order was named Prefect Apostolic of Seychelles and was authorized to send to Seychelles a Vice-Prefect and missionary.

Father Ignace Galfione de Villafranc who replaced Father Jérémie arrived in Seychelles in 1864, Devoting himself to education, he built St.Joseph’s Convent (the main building) and St Louis College (primary and secondary school for boys) bringing in the Christian Brothers in 1867.The College was administered by them until 1875 and the Mission Fathers taught until the arrival of the Marist Brothers in 1884?

In 1880 the Holy See raised the Perfecture Apostolic of Seychelles to the rank of Vicarite Apostolic as an appreciation of the work of the Missionaries. The Catholic Church is said to have made such progress between 1864 and 1880.

The Mission under Bishop Symphorien Mouard who had succeeded Bishop Ignace appointed as First Vicar Apostolic but died in 1881 was succeeded by Bishop Dardel who died soon after his nomination was succeeded in turn by Bishop Hudrisier who arrived in Seychelles in 1890.It was during his episcopate that the Holy See turned the Mission in Seychelles to the rank of a diocese. 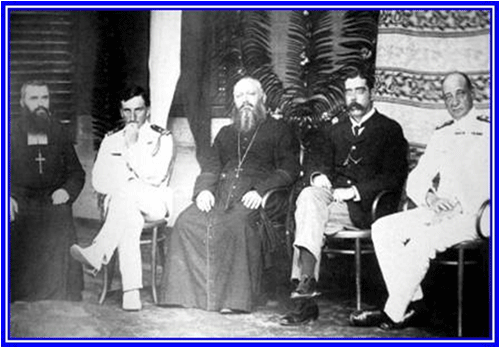 Bishop Hudrisier became the first Titular Bishop of Victoria. An indefatigable worker, he founded the Brass Band of St Louis College, he enlarged the Cathedral, opened a Marist Boy’s School at Anse Royale and was said to be beloved by all the inhabitants of Seychelles without distinction of class or creed. He died in Paris in 1910 and was succeeded by Bishop or Monseigneur Clark who had been born in a Protestant family and converted to Roman Catholicism (McAteer 2000:222)

CONFLICTS BETWEEN THE CHURCHES DURING THE COLONIAL ERA 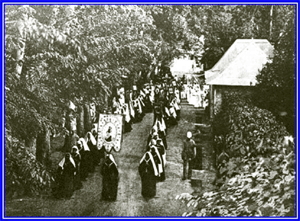 The following extract from ‘Coconuts and Creole” (Ozanne 1934:71-74) could also give an indication on the strained relations between the different denominations.

“Most of the officials of the colony are members of the Roman Communion and the Romans outnumber the Anglicans by about ten to one. About ninety years ago the only Roman Catholics on Mahé were a few French planters and there was not even one priest to minister to their spiritual needs….’

“In spite of the fact that the Romans are ten times as many as the adherents of the Church of England they maintain an attitude of militant aggressiveness which is most perplexing, seeing that there is absolutely no need for it…”

“It was about 6 p.m. and we were just on the beginning the Good Friday evensong in our Cathedral when once again pandemonium broke loose. The entire congregation left the Cathedral and went out into the Cathedral yard .Coming along the road, wheeling his damaged bicycle, and as cool and calm as if he was walking down a deserted country in the calm of eventide, was Daniel I…., followed by a howling mob of niggers, who were being goaded by several of the better class local planters and tradesmen. Two policemen walked on either side of him, and twice I saw an excited créole-Frenchman knock the policemen’s helmet helmets off. Three policemen marched behind Daniel trying with indifferent success, to keep the mob from striking the minister .Daniel’s home was in St. Joseph’s Street, not far from the Cathedral, and thither the mob followed him. They surrounded his house while he stood on the verandah, quietly facing them. One or two French creoles rushed up the verandah steps with their revolvers in their hands, threatening him….”