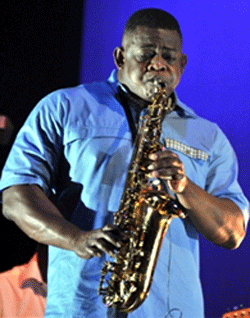 Jean Quatre said that the “Saxophone instrumental album is a real treasure of great music selected from the Seychelles best hit ballades of all times’’.

‘Ballades Seychelloise en Sax’ is produced to bridge the gap in Seychelles musical arena. Patrick Victor has five ballades featured on the CD; positioning him as the artist with the most tracks on Seychelles first instrumental Saxophone album.

“I’ve incorporated my own personal touch to the music arrangements to some of the ballades. For example Patrick Victor instrumental “ Zimaz Oubliye” starts with the sound of wave from the beach edged with the backdrop of birds singing. The Melodies of Saxophone will take the listeners through a musical journey ending eventually in transposing the listeners back to the sea side where it all started” said Jean Quatre.

Performing today as a high profile saxophonist, Jean Quatre started his professional career about ten years ago. In 2008 the Saxophonist turned professional started working on his album. It had taken Jean Quatre almost six years to come out with “Ballades Seychelloise en Sax”; an album which he admits was difficult in the making “because it was not easy to find people who believed in it” but he eventually “did get some ideas down and started the ball rolling’’ Jean Quatre said. 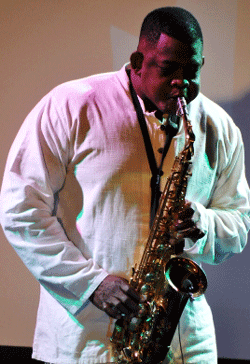 Jean Quatre says that the “Ballades Seychelloise en Sax” represents a snapshot of a moment in time.

“The album reveals a new side to playing Saxophone and it explores the endless possibilities of the instrument. It redefines the saxophone as a classical instrument through the choices of indisputably beautiful repertoires” Jean Quatre said.

Jean Quatre remains a leader in this field of music. The incredibly talented saxophonist gained fame through his performances in five star hotels on the islands. His album “ Ballades Seychelloise en Sax” will cement his position as one of Seychelles’ most leading saxophonist.

“ Ballades Seychelloise en Sax” will be released on Friday 1st of March 2013 at 18h00 at the National Theatre.