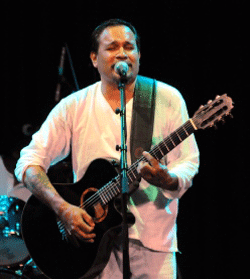 Ralph Amesbury, the Chairman of SEYMAS, the Musician’s Association and members of his Executive Committee met on Friday morning with Minister Alain St.Ange

Ralph Amesbury, the Chairman of SEYMAS, the Musician’s Association and members of his Executive Committee met on Friday morning with Minister Alain St.Ange, the Seychelles Minister responsible for Tourism and Culture who was being accompanied by Benjamine Rose, the PS for Culture.

The meeting was also the opportunity for Mr Amesbury as Chairman of SEYMAS to raise other issues seen by the Musician’s Association of Seychelles. This included the the revival of ISOMID (Implementation Strategy of the Music Industry Development) and for regular meetings with the Ministry. This request was agreed by Minister St.Ange and PS Rose and 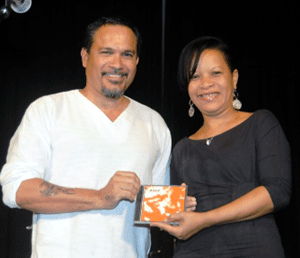 from next year The Minister will personally chair meetings under the name ISOMID where the PS for Culture accompanied by the PS for Tourism, CEO of the Tourism Board and the CEO of the Creative Industries & National Events Agency will sit with the Chairman SEYMAS and with members of his Executive Committee.

Other matters tabled were the need to see how musicians could be assisted to receive small commercial loans for their equipment, the staging off three Moutya Nights per year and to have them listed as National Events, the marking of the International Music Day and for SEYMAS to be considered as an events body when organizing Musical Show for Festival Kreol and others, etc.

Minister St.Ange also used the meeting to remind theChairman of SEYMAS and Members of his Executive Committee that he manages his Ministerial Office with an ‘Open Door Policy’ and welcomes continued constructive dialogue with the industry.