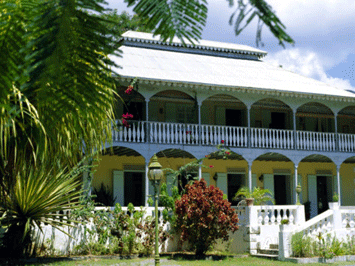 Unlike most other Creole-speaking nations, the Seychelles have already created a standard form of their language. In most instances of language-engineering the officially recommended form may differ from popular forms. The Seychelles are no exception to this. The Language Committee deals with many complexities such as relexification, media influence, and popular culture in the development of Seychellois Creole.

In his dissertation on Language Policy and National Development in Creole societies, J. Pitts of the University of East Anglia said about the Seychelles: ‘In Seychelles, the people have made of their language, formerly an instrument of subordination, an instrument of their liberation.’

The socialist government which took over in 1977 had a people-oriented concept of development: it believed that the majority of the population should participate fully in the economic, social, political, and cultural development of the country. This could happen only if the government set up the necessary machinery to develop the language of communication in which over 94% of the population was fluent. Seychellois Creole, which had occupied an inferior position during colonial administration, was declared the official language, alongside English and French

In this paper, I will attempt to describe, briefly, the machinery that the Seychellois Government set up following its decision to make Creole an official language. The long-term goals the government set were:

1. The establishment of Creole as a written language;

2. The standardization of Creole;

3. The development and use of a formal Creole in politics, education, health and social affairs, administration, academic discourse, etc.;

The Creole Institute came into being in October 1986. Its main objectives were to install a documentation centre which would promote academic research on the Creole language and culture. It would be involved in ministerial policies on the use of Seychellois Creole, both spoken and written. It would trigger, promote, and monitor a Seychellois Creole Literature which would assist the teaching of Creole in schools and in the Adult Literacy Program. In addition, the institute would establish significant relationships with international language institutes in order to keep up with international academic developments.

In 1978, Mrs Danielle de St. Jorre and Anagret Bollee put forward some propositions for a Creole orthography which was codified and made official in 1981. Since then the Language Committee of the Creole Institute has continued to work on this resulting in a standard form of Creole. The institute promotes the use of this standard form through the following mediums:

1. Primary schools, through the Creole Section of the Department of Languages in the Ministry of Education;

2. The media, through the ministry responsible for information;

3. General administration, through all the relevant ministries.

Though the Creole Institute with the collaboration of the Creole Language committee is working on a standard form of Creole, the use of this standard form among the masses is slow to catch on as most adults have not been taught Creole at school. Thus we still face difficulties in getting people to use the same orthography all the time.

I would like to focus on three main areas of the cultural development of Seychellois Creole: literature, theatre, and music.

Antoine Abel launched a truly Seychellois Creole Literature when his novels and poetry became available in Creole in the late 1970s. Much more Seychellois Creole fiction has made its appearance since then, boosted by the encouragement and monitoring of the Creole Institute which in turn created a market for popular fiction and other manuscripts. Today the Seychellois reader can satisfy his literary needs with historical novels, detectives, science fiction, tales of the paranormal, etc. More functional literature is also available, for example, research material, reports, government leaflets, and the like. The local papers and magazines also print the majority of their articles in Creole.

Poetry, though not as popular as the novel among the general public, is taken seriously by many young writers and is promoted by the Ministry of Culture and by the Writer’s Association. Some poets are gaining nationally recognition for their work, for example being the Valentin brothers, Bernard and Justin. 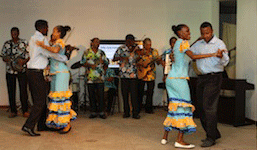 Theatre in the Seychelles is very much appreciated and the Ministry of Culture allocates the necessary budget to the Culture and Theatre Department. This Department employs producers, researchers, playwrights, etc., but also a complete theatre company. This National Cultural Troupe is the main producer of local theatre in Creole. The plays it stages range from comedies and romances to tragedies and historical plays. Originally, most plays staged were written by Seychellois playwrights, but now the Ministry of Culture also encourages the translation of world-famous plays (of Molière and Shakespeare for example) to Creole.

Another type of theatre now available to the Seychellois public is abstract theatre, the first attempt being the musical, O Seselwa. Musicals are now much appreciated by the public; Castor, Sega of Seychelles, and Sanmdi Swar Lo Sen Pyer, being favourites. The Department of Culture’s next project is to turn successful Creole plays into films, A first attempt with Bolot Feray proved a success.

A more recent development in theatre is that of animated tales performed by a single actor. This is being encouraged among school children by holding competitions for the Creole Festival which takes place every year in October. Poet Justin Valentin is also making progress in the popular theatre form of stand-up comedy.

Where music is concerned, an extensive catalogue can be made of Seychellois original Creole compositions. 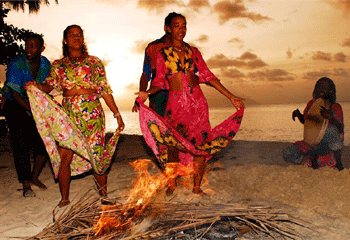 Moutia: the earliest recorded Seychellois oral compositions. Today they are performed live and are available on casettes and CDs. The Creole language undergoes constant development in this art-form for the moutia is often composed on the spot and embellished along the way;

Popular Creole songs are performed in live shows and sold on CDs and cassettes in large numbers;

Seychellois music has found international success through artists Jany de l’Etourdie and Patrick Victor, who, at their zenith, won international song contests. Other artists are now penetrating the regional market and are likely to obtain international recognition soon.

The Creole Section of the Department of Languages in the Ministry of Education oversees the implementation of teaching in Creole. The Ministry of Education reaffirmed its policy towards Seychellois Creole in the 1994 Language Policy Review, stating as its fundamental, immutable tenets: the use of the mother-tongue in the early stages of learning; the progression to English as medium of instruction when the children are ready; the continued development of Creole in schools.

Though most of the targets set by the Ministry of Education have been reached, problems remain to be solved. Many teachers feared that pupils would have difficulties making the transition from Creole to English and French at a later stage. The Review Committee then set new targets until the year 1998. English was to be introduced to new pupils, sooner than had previously been done. 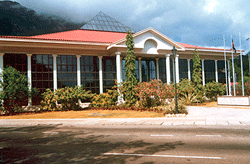 Another problem is that a lack of necessary resources, both material and human, has not made the teaching of Creole Language and Literature in secondary education possible yet. The Creole Section has been working towards introducing Seychellois Creole Literature in secondary schools as from 2000. There is also a teacher training programme at the National Institute for Education, with instructors possessing post-graduate language and literature degrees.

The school of Adult and Continuing Education has an Adult Literacy Unit which deals specifically with Creole instruction. Normally, illiterate adults are encouraged to become literate by starting with Creole as a language. After that they progress to basic levels of French and English.

Though much has been done, especially in terms of policy-making and the setting up of language institutions for the general development of Creole, the situation in the Seychelles is not ideal as we cannot yet claim that we have overcome the hardest obstacle. The colonial hangover makes it hard for Creoles to accept their own language as one equal to other languages. Because Seychellois Creole has been given much political backing, you will find a very high percentage of people who acknowledge it as their mother-tongue, but they will subconsciously associate development with French and English. For example, there is a growing tendency to use the latter languages in public functions. Creole is ignored because the person believes he is already fluent in it. This might be true in the everyday use of the language, but is often less so in the formal Creole. People who can actually write and speak standardized Creole are very few. An explanation may be that people believe that English and French will take them, while Creole will not take them beyond the boundaries of the Indian Ocean.

I foresee a pattern of a gradual loss of momentum in the development of Creole. The highest level of language evolution is achieved when it is stretched to accommodate academic needs, and should be constantly used in situations that require the use of a formal style of language. Otherwise, we will continue to fall back on English and French.

When Creole was in its early militant stage, there was a vogue for using it in speeches and similar situations. This was a boost much needed by a language in its infancy. The setting up of the Creole Institute followed by the creation of the Creole Festival should have been powerful levers by which the Seychellois could achieve an advanced stage of standardization of their language in the 21st century. Indeed, there can be no denying that much has been achieved. However, continued awareness of our mother-tongue is necessary. We cannot sit back and hope that with the Creole Institute, the Creole Festival, and with Creole being taught at primary school, we are already there. 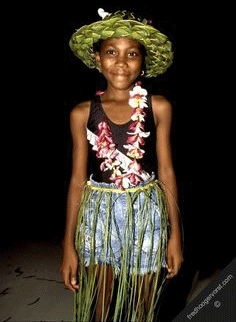 These are the problems faced by the Seychellois Creole in its development, which I feel are due to the fact that we are not completely cured of the value-systems deeply ingrained in our parents. The opportunities to turn Creole into the language of the 21st century are there. We have government backing and we have the necessary machinery. We only need more of the right attitude.

The status of Creole

Ministry of Tourism and Culture

2015-04-22
Georges
Previous: Minister St.Ange and Minister Morgan met with stakeholders to discuss the development and implementation of a cruise ship strategy for Seychelles
Next: Politics in Seychelles